Situated near Letterfrack village, the Connemara National Park comprises 2,957 hectares and includes part of the Twelve Bens mountain range as well as areas of woodland, blanket bog, wet heath and grassland.Opened in 1980, the Park Visitor Centre includes an exhibition on the various aspects of the history of boglands in the West of Ireland, an audio-visual introduction to the Park and its nature trails. Other amenities include a coffee shop, indoor and outdoor picnic areas and self-guiding trails. In the summer there are guided walks, as well as nature mornings for children.

The Park lands are now owned by the State and managed by the National Parks and Wildlife Service of the Department of the Environment, Heritage and Local Government. Under former owners, which included the Kylemore Abbey Estate and the Letterfrack Industrial School, as well as Richard (Humanity Dick) Martin, a British MP who was one of the founders of the Society for the Prevention of Cruelty to Animals in 1824, the land was used primarily as grazing for cattle and sheep. Vegetables were also grown, as evidenced by old cultivation ridges, which can be clearly seen in some places. Turf was cut for use as fuel in bogland areas. Other evidence of human habitation abounds within the Park, the oldest being megalithic court tombs dating back 4,000 years. Among the other signs of human activity are house ruins, an old lime kiln, an icehouse, sheep pens and drainage systems.

The vegetation is determined in large degree by the geological history of the region. Sedimentary marine deposits from a warm ocean that covered the land between 700 and 550 million years ago, congealed under great pressure into metamorphic rocks, which eventually were pushed to the surface. The tops of the Twelve Bens are composed of bare quartzite, a rock tough enough to withstand glacial action, which explains the sharp, ragged outlines of these mountains. The sides consist mainly of softer schists and grey marbles. The effects of the last glaciation, around 10,000 years ago, are evident in and around the park in the form of sand and gravel deposits, as well as erratic boulders of varying sizes, sometimes carried long distances from their origin by the glacial ice.

THE FLORA AND FAUNA OF CONNEMARA NATIONAL PARK

On May 21–22 2010, International Biodiversity Day, six wildlife sites across Ireland took part in ‘Biodiversity Blitz’ – a race to see which site could record the most species in a 24 hour period. Connemara National Park won, with a total of 542 species recorded. This impressive total included mountain hare, red deer, feral goat, four species of bat, seven species of butterfly, 51 species of macro-moth, 10 species of micro-moth, four species of dragonfly/damselfly, 46 other invertebrate species, 2 amphibian species, 55 bird species, 218 flowering plant species, 83 bryophytes, 17 lichens, 18 liverworts, and 18 algae – a reflection of the diverse nature of Connemara’s flora and fauna. A few examples are described below.

St Dabeoc’s heath Daboecia cantabrica is one of Connemara’s rarer heaths. It is a distinctive species, easily identified by its large, purplish-pink bell flowers (June–August) on rather weak, straggling stems. In Ireland, it occurs only in mineral-poor, acid bogs in counties Mayo and Galway. St Dabeoc’s heath typically grows up through other shrubs, such as gorse and heather.

Sundews: Connemara bogs are home to a number of plant species that obtain nourishment from small insects. Among these are three species of sundew – Drosera rotundifolia (round-leaved sundew); D. anglica (great sundew) and D. intermedia (oblong-leaved sundew). The leaves are covered in numerous red hairs, each of which is tipped with a clear, sticky globule. In earlier times it was thought that the sticky deposits were a form of ‘dew’, which the plant was somehow able to retain, even in the sun. This gave rise to the plant’s common name, as well as to beliefs that the plant had magical and curative properties. Extract from the leaves of sundew is used in certain remedies for upper respiratory tract infections.

Like sundews, butterwort Pinguicula vulgaris also traps insects and spiders by means of sticky upper leaf surfaces. They grow in nutrient-poor locations, such as bogs, mountain heaths and among wet rocks. When an insect lands on the sticky leaf surface and attempts to free itself, the leaf curls around its prey and secretes enzymes which break down the body parts so that the nutrients may be extracted and absorbed. The plant is easily recognized by the rosette of yellowish-green, fleshy leaves that grow at the base of the stem. A solitary flower, which may appear between May to June is violet, with a white throat and a straight or gently curved spur with a pointed tip.

The yellow, star-shaped flowers of bog asphodel Narthecium ossifragum are a familiar sight in Connemara bogs, where they may occur in considerable numbers during July and August. The species name ‘ossifragum’, meaning bone-breaking, refers to the one-time belief that ingestion of the plant caused brittle bones in sheep. At the end of the flowering season, the flowers and stalk turn a deep orange, casting a haze of colour over the bog where it occurs. In the past a yellowish-orange dye was extracted from the flowers and used to colour women’s hair.

The stonechat Saxicola torquata is a striking little bird, about the size of a robin, that is often seen perched on fence posts or on the branches of low bushes. As their name implies, the call of a stonechat resembles the sound of two stones being tapped together. The males have black heads, with a distinctive white collar on the sides of the neck, mottled brown backs and orange-brown breasts. Although quite similar to the males, the females are somewhat more subdued in colouring. They lack the black head of the males and their underparts are a slightly more subtle tone of orange-brown.

The skylark Aulada arvensis makes up for its rather nondescript appearance with its long, warbling song that fills the air over the bog on a warm spring day. Its streaky brown plumage is a perfect camouflage for this ground-nesting species. The skylark is renowned and loved for its impressive song flight, which may last as much as 30 minutes or more, as it slowly climbs vertically into the air before levelling off to fly into the wind, remaining almost stationery before descending in a parachuting flight to the ground. This spectacular display serves as a territorial warning, as well as being an advertisement to female skylarks.

The kestrel Falco tinnunculus is a resident in Ireland throughout the year, and may be seen quite frequently in the Connemara National Park, often hovering in the air with fanned out tail for stability, before plunging rapidly in pursuit of prey. Both male and female birds can be recognised by the warm chestnut brown back and inner upper wings, which contrast with their dark, almost black, upper outer wings. Males have a blue-grey finely streaked head and females a brown streaked head. The sparrowhawk Accipiter nisus is the other bird of prey most likely to be seen in the Park, but the peregrine falcon F. peregrinus and merlin F. columbarius may occasionally be observed. To avoid confusion between species, a good field guide is recommended.

The wren Troglodytes troglodytes is a tiny brown bird with a stocky appearance. It is the most widespread bird in Ireland. Its small, rounded body and short, cocked tail make it easy to identify. For such a small bird it is remarkably vocal, and may be heard more often than it is seen. In Celtic mythology, the wren is known as the king of all birds: when a competition was held to see which bird could fly the highest, the wren sat on the back of an eagle, who soared higher and higher. When the eagle tired, the wren continued to fly even higher.

The Irish mountain hare Lepus timidus hibernicus is common throughout Ireland, though the species is thought to have declined substantially in recent years. The decline is due to a number of factors, including the loss or fragmentation of habitat, loss of daytime shelter such as rushes and hedgerows, and disturbance associated with highly mechanized farming practices. Unlike some other mountain hares, the Irish sub-species has a brown coat all year. Females may have as many as three litters a year, with one to three leverets in each.

The Irish stoat Mustela erminea hibernicus is also a subspecies, found only in Ireland and the Isle of Man. Like the hare, the Irish stoat does not turn white in winter. It inhabits a variety of habitats such as hedgerows, dry stone walls, upland scrub, moorland and forest. During spring and summer, this small, agile hunter is active during the day, but hunts at night in autumn and winter. A stoat can kill an animals up to five times its own weight, and its prey includes rabbits, mice, shrews, birds and invertebrates.

The pygmy shrew Sorex minutus is Ireland’s tiniest mammal, weighing between 3g and 6g. Widespread throughout Ireland, this diminutive rodent occurs wherever there is adequate ground cover vegetation. Because of its small size, the stoat needs to eat frequently in order to maintain adequate body heat. Consequently, it is active day and night throughout the year. Its diet consists of beetles, spiders, woodlice, flies, insect larvae and even the odd snail or slug. Females may produce several litters of four to seven babies each summer. Newborn shrews weigh about a quarter of a gram, but they grow rapidly and within a few weeks are independent and may produce their own young. 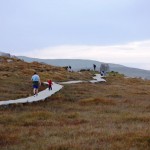 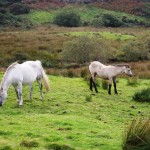 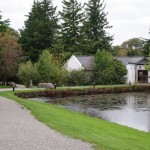