The Ó Cadhla (Kealy) clan were the rulers of Connemara up until the 13th century, when they were displaced by the Ó Flaithbertaighs. The latter had fled into Iar Connacht from Maigh Seola during the English invasion of Connacht in the early 13th century.

Like the Ó Cadhla clan, the Mac Conghaile (Conneely) clan was also a branch of the Conmhaicne Mara.

The coast of Connemara consists of a number of peninsulas. The peninsula of Iorras Ainbhtheach (sometimes corrupted to Iorras Aithneach) in the south is the largest and contains the villages of Carna and Kilkieran. The peninsula of Errismore consists of the area west of the village of Ballyconneely. Errisbeg peninsula lies to the south of the village of Roundstone. The Errislannan peninsula lies just south of the town of Clifden. The peninsulas of Kingstown, Coolacloy, Aughrus, Cleggan, and Renvyle are found in the north-west of Connemara. Of the numerous islands off the coast of Connemara, Inishbofin is the largest; other islands include Omey, Inishark, High Island, Friars Island, Feenish and Maínis.

The main town of Connemara is Clifden. The area around the town is rich with megalithic tombs. The famous “Connemara Green marble” is found outcropping along a line between Streamstown and Lissoughter. It was a trade treasure used by the inhabitants of the prehistoric time. It continues to be of great value today. It is available in large dimensional slabs suitable for buildings as well as for smaller pieces of jewellery. It is used for the pendant for the Scouting Ireland Chief Scout’s Award, the highest award in Irish Scouting. 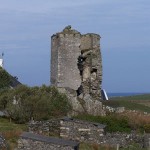 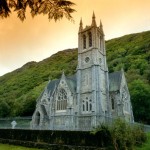 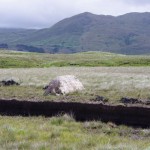 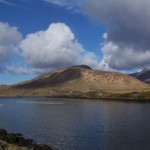 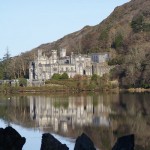 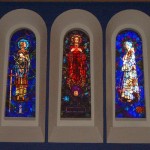