Letterfrack is a small vibrant village on a crossroads beside the sea on the Wild Atlantic Way with a large village green surrounded by trees and overlooked by the majestic Diamond Mountain and Connemara National Park.

The village is renowned for its live traditional Irish music. The well known environmentalist and music lover Leo Hallisey organises two weeks a year Bog Week (Summer) and Sea Week (late Autumn)  when musicians and music lovers congregate for music as well as hill-walking and a programme of talks and discussions on environmental matters. Other organised and impromptu sessions there is live traditional music every Sunday through out the year in the .

The village also has a great choice of places to eat and drink from its three pubs two of which serve a high standard of bar food at Clover Fox or dine in the old style elegance of The Rosleague Manor Hotel. The village also has a great café  just off the village green and a tea shop at the National Park. Alternatively you could have a picnic at one of the benches on the village green. You will get all the supplies you need at the Country Store. You could get a fishing rod from the local hardware and take a fishing trip from Letterfrack pier. Do not forget to buy your holiday gifts (or treat yourself) at “possibly the most interesting craft shop in the west” which is beside the pier. There’s another little treasure of a shop in the centre of the village which is also well worth a visit.

There is plenty to do and see in the village as the Connemara National Park is based in the village and is the starting point for some lovely walks including a track all the way to the top of the Diamond Mountain suitable for the most inexperienced hill walker. Also a great furniture exhibition is held every summer at the Furniture College in the village. You could also take a boat trip from the pier to fish or dolphin watch.

The village is a great place for families and children as all premises are child friendly and special family days are held on the village green during the summer and nature and art workshops are run for children in the National Park.

The village boasts an array of accommodation options from Hotel, B&B, Hostel, camping and self catering.

In 1849, Quakers, James & Mary Ellis, settled in this coastal village Letterfrack, and set up a shop, school, dispensary and a Temperance Hotel. The also had a lime kiln and a basket factory. In a period just following the Great Famine, the Ellis Family gave much badly needed employment on the improvement of 915 acres of land. James Ellis’s health deteriorated and he sold the property on to a John Hall, an Irish Church Mission supporter. Hall sold on the property again in 1882 and it was purchased through a firm of solicitors by the then Arch Bishop of Tuam.

Between 1886-1888 the Irish Christian Brothers established a reformatory, St. Joseph’s Industrial School for boys. It was granted by Dublin Castle that male children were to be sent under the Act of Parliament of the 31st year of the reign of H.M. Queen Victoria. The building shaped like that of three sides of a square, consisted of school rooms, a refectory, kitchen and band room on the ground floor, dormitories, lavatories and baths on the upper story to accommodate 100 boys. The building was completed and ready for taking in the boys in November 1887. Later in 1895 a recreation hall was added. The Brothers gave training in a number of trades, including farming, carpentry, tailoring, painting, blacksmith, knitting and shoemaking to name but a few with opportunities for occasional band music and theatricals. A church was later built and the first mass being said there on Christmas Day 1925.

That same year, 1925 electricity was introduced to Letterfrack. A hydro-electric plant was run from the rainfall from Diamond Hill behind the school. The water was impounded into a giant reservoir and elevated over the power house where turbines developed a supply into the mains with sufficient power to provide lighting for the village also. The reformatory closed in 1973

The buildings were purchased by a local development company Connemara West in 1978. Connemara West is now the campus for the GMIT Letterfrack Furniture College; school of fine woodworking and design, which has over 170 students and has a number of offices, exhibition area, public library and sports & leisure centre. The furniture college has an exhibition of the students work and is open to members of the public from June to August. The lands surrounding were purchased by the Office of Public Works, later to become Connemara National Park 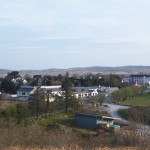 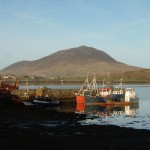 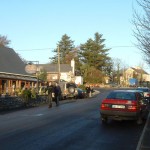 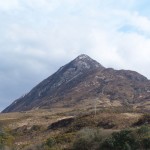 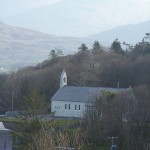 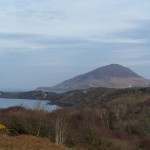